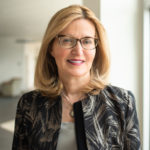 Dr. Carolyn J. Stefanco is a higher education and women’s leadership expert, with extensive experience on non-profit boards. Following two decades as a tenured professor of history, she served as dean, vice president, and president in both public and private American universities. She now works as a senior vice president for a corporate firm providing services to higher education, and offers executive coaching to leaders who want to improve their performance and advance their careers.

Carolyn’s work has always incorporated a global perspective. She was a Senior Fulbright Scholar to the University of Zagreb in Croatia; served as resident director of a London Study Program; created many programs for student exchange and faculty research throughout the world; and worked as a consultant for Saudi Arabia. As a college president, she led efforts to create numerous partnerships between American institutions and universities in other countries, and greatly expanded international student recruitment.

In addition to forging global connections, she is passionate about women’s leadership and diversity and inclusion. Carolyn has founded numerous programs to support women’s career advancement, and has raised millions of dollars to launch initiatives to prepare diverse young women for leadership in their professions and communities. She is a sought after speaker about women’s issues, and publishes regularly in popular and scholarly venues. In recognition of her lifetime achievement, she recently received a Helen Gurley Brown Genius Award Grant of $100,000.

Carolyn is a board member of the International Leadership Association and Albany Medical Center. She also serves on the American Council on Education’s Women’s Network Executive Council. She just completed her service as a trustee and board chair of the American University in Bulgaria. She has also served on the boards of the Center for Economic Growth in New York, the Metro Atlanta Chamber, Hearst’s Women@Work, The National Association of Independent Colleges and Universities, the Association of Chief Academic Officers, and the Council of Colleges of Arts and Sciences.

She is currently an Associate Member of the Centre for Cross-Cultural Management at the University of Wollongong, Australia, where she is part of an international research team studying responsible leadership in corporations and higher education, in both the U.S. and Australia.

She supports many educational and cultural organizations, and is a fervent advocate for the Girl Scouts.

Carolyn is a member of Chief, and is a Certified Board Advisor.